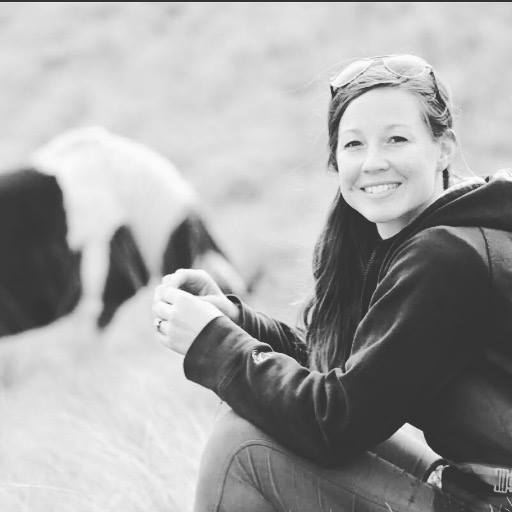 Isabel Wolf Gillespie
Our Managing Founder
"Earth Awareness is a philosophy, it’s a way of life, it is my way of life. From a young age I have always known that I want to lead a life of purpose. A life fuelled by my passion and love for what I do! As a little girl I had no way of knowing how, but as life happens the path one is meant to follow unfolds. When I started Earth Awareness, it was never about recognition or earning money, but rather about knowing that in some small way I could play a role in contributing and making meaningful projects successful."
MY CREDENTIALS:
Currently enrolled at University Stellenbosch Business School Masters Program in Management Coaching (2021-2023)
1) Postgraduate Diploma in Leadership Development (NQF 8)
2) BSc Nursing (Germany)
3) Equestrian Professional & Equine Complementary Health Therapist (CEEPSA accredited)
4) Published Author
5) Public Speaker
If you wish to receive Isabel's comprehensive CV and work references, please send an email to isabel@earthawareness.co.za or find my profile on LinkedIn.

Earth Awareness began in 2008, when founder and managing facilitator Isabel Wolf-Gillespie lived and worked on the Wild Coast in the former Transkei. At that time Isabel was running a horse trail tourism operation together with her husband Lloyd Gillespie, where she started an equine outreach project for the AmaXhosa community living nearby. This project was about social and economic upliftment offering education and skills development, clinic outreach for the animals as well as mentorship for individual community members.

At some point in 2009 the project needed funding desperately and the idea of a long journey with horses to create awareness and raise support developed. The Riding for Horses Personal Journey took 19 months (ended 2011) and turned into a life-changing experience. On route Isabel and her husband interacted and shared the Earth Awareness philosophy with different communities, whether rural or urban, and in the end wrote two books (English/German Publication) about it. The wilderness, people and the horses essentially changed who they were and through ‘Adventure 4 Change’ Isabel offers a glimpse of this to communities all over the world.

Shortly after in 2013 followed the Rhino Knights Expedition and Campaign, which was inspired by the mere devastating fact that the land the couple lived on, had been directly affected by rhino poaching. The campaign was endorsed by Dr. Ian Player, a conservation hero that saved the species from extinction in the 60s.

Rhino Knights was an expedition of the extreme kind, during which Isabel ran a half marathon (21km) and over 120kms on a bicycle every day for 3 1⁄2 months through Southern Africa. The distance covered was just under 9500kms, creating a huge amount of awareness and support for the rhino.

In 2016 Isabel put most of her efforts into the Elephant Ignite Expedition, the first-all woman expedition from South Africa all the way to Kenya. The expedition aimed at raising awareness of the plight of the African Elephant and raising support for the people working to protect them. The route took this group of intrepid adventurers through the most incredible and beautiful places, visiting mostly women in conservation, wildlife and community development projects.

The founding organization of Elephant Ignite, the Blue Sky Society Trust has been a long-standing (friend) partner organization of Earth Awareness mostly in the environmental education sector and wilderness awareness travel.

From early 2016 Isabel has also been working with Elephants Alive, putting her energy and effort into their Elephant and tree research, as well as shaping the future of the organization’s environmental awareness and education program.

In 2017 Isabel was approached to facilitate and mentor a group of 5 young Zulu women as part of Sisters of the Wilderness, which is a documentary and social impact project highlighting women’s empowerment and leadership development using the power of wild nature. The project aims to reconnecting the audience with nature in the light of the growing disconnection between man and nature and the deteriorating state of the planet. Through the Social Impact the message will be spread Southern Africa, hopefully worldwide. Key words for this project are women empowerment, wilderness education, power of nature, interconnectedness, upliftment of women, sustainable tourism, social impact and development for women and girls. (Production Company: One Nature Films, UK)

Around about the same time as Rhino Knights, the Earth Awareness’ community empowerment and development program all over Southern Africa kicked off, and to date the organization has been to approximately 66 schools educating and affecting about 23000 learners. This program has made great waves and is currently most active in Southern Botswana educating children and communities about wildlife, the environment and sustainable tourism. For this program Isabel is working in collaboration with the Children in the Wilderness Program in the Bobirwa District as the Eco Club coordinator, alongside local Motswana teachers and volunteers.

Through another strong collaboration Earth Awareness Consulting has partnered with one of the lodges in the area that's leasing land from a community trust, thereby giving a platform to community members to make an income, providing employment opportunities and additional skills development in a very remote, rural area. This lodge focuses on a school holiday program bringing children from schools all over the world to this area of Botswana. The Tuli Wilderness program teaches the children about wildlife, conservation, sustainable community tourism as well as the local Botswana culture. This collaboration has also been the first in the area to bring ‘Elephant Art’ into the schools/communities, an initiative that was born out of the popular ‘Rhino Art – Let the children’s voices be heard’ initative by the Kingsley Holgate Foundation.

Earth Awareness has since began working with the Southern Africa Wildlife College, the World Youth Wildlife Summit as well as Peace Parks Foundation along with other organizations doing wonderful work in the environmental education and skills development sector.

Isabel is an adventurer, who explores the wilderness on horseback or foot! She has been priviledged to travel Africa and the world extensively, as a voice speaking for the people, mother nature and the animals she works with. She is an enthusiastic story teller, writer and public speaker, with the aim of sharing and gathering stories to inspire, empower and uplift the causes she passionately believes in.

Isabel was born and raised in Germany and immigrated to Southern Africa in 2008. She is the Author of two book publications, 'Between Fire & Shadow' and the German Publication 'Südafrika vom Sattel aus', both available on Amazon.